What’s a gal’s best accessory? Clearly it’s Cameron Silver at her side.

Longtime fashion friend ( if I may use the “f” word , Cameron) Cameron Silver of Decades Los Angeles & QVC Halston fame. I originally knew this “King of Vintage” as a client at my mothers designer resale boutique, in the late 90’s, where it was reported by my mother, Marcia Stone the original fashion maven, (may she Rest In Peace) that Cameron Silver purchased a fab vintage Halston dress from her boutique.

When she asked him what he was looking for he said “ it’s gotta be sexy”! Though Cameron and I have always exchanged barbs & witticisms , Birthday wishes & “likes” on social media , I hadn’t seen the man, the legend “in the flesh” since his Dallas visit November 2012 when he first launched his amazing book,”Decades A Century of Fashion “. 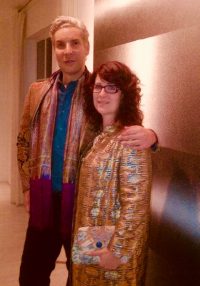 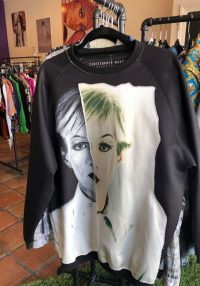 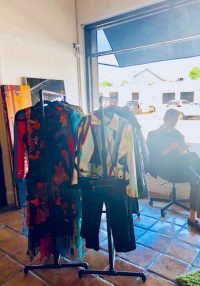 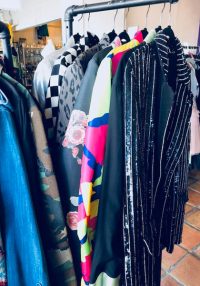 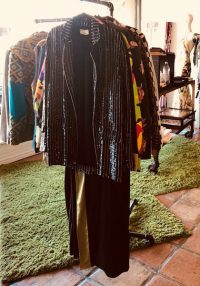 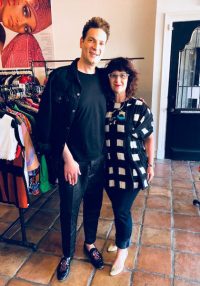 Fast forward a quick 5+ years later & we were lovingly reunited at Vintage Martini, one of Dallas’ finest vintage boutiques . This visit , Cameron was presenting a special collection of his usual impeccable woman’s vintage offerings alongside a beautifully curated group of amazing men’s vintage from his own private collection. Cameron has always worn the né plus ultra of fashion, a veritable peacock they’ve called him. These days he’s so busy with his East Coast QVC empire and his West Coast Vintage Empire, that he finds himself more often dressed in an increasingly casual ( albeit super chic and limited edition) ensemble.

Still wickedly droll ( shared a tale of his client the “ other lovely Sharon Stone” ), still handsome and sweet as can be… always a pleasure , never a charge (JK) ….Cameron Silver.